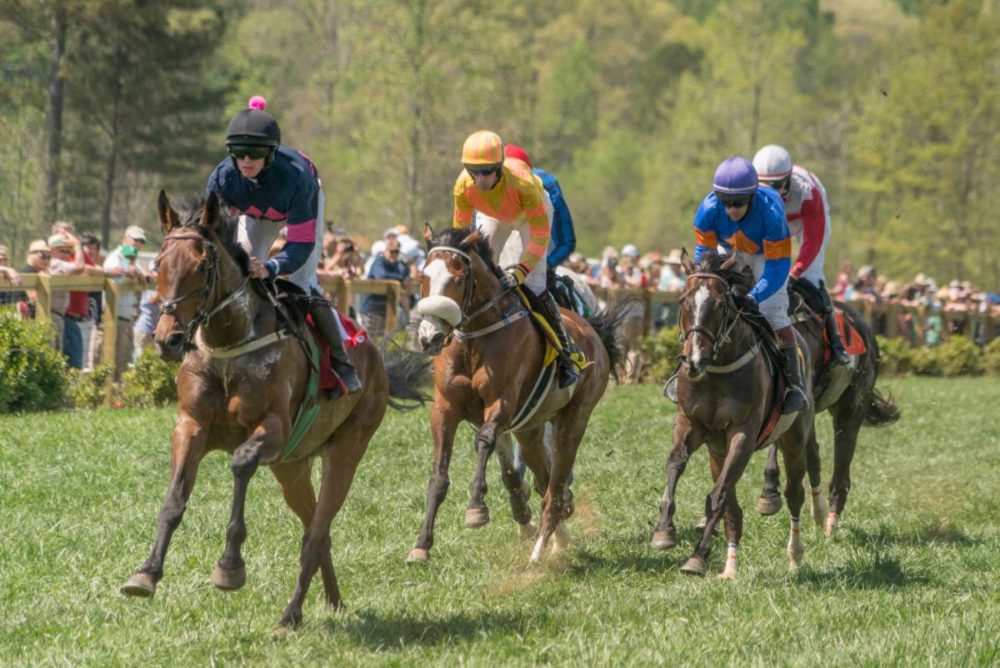 The 73rd Tryon Block House Races, the historic steeplechase of Tryon Riding & Hunt Club, has been rescheduled from its original date on April 10 to June 5, 2021 at the Green Creek Race Track in Columbus, NC. With safety at the forefront of the decision making, race organizers at Tryon International Equestrian Center (TIEC) and Tryon Riding & Hunt Club decided to push the annual event to June 5 to ensure safer conditions for the race and its participants, safeguarding the event from cancellation.

Tickets for the Saturday, June 5  73rd Tryon Block House Races are available to the general public now and may be purchased at Tryon.com, by contacting tickets@tryon.com, or by calling 828-863-1002.

The Tryon Riding & Hunt Club, in collaboration with the Tryon Downtown Development Association and the Town of Tryon, are hosting a pre-race Party/Concert by the fabulous Super 60’s at Rogers Park in Tryon from 6-9pm. The Super 60’s are an awesome band playing–you guessed it–memorable and pop/rock music from the time of Woodstock, moon landings, Vietnam, the Beatles and all the other events occurring during that decade.

Admission to the concert is free. Bring a picnic or order from the Mountainview BBQ food truck. This event is BYOB.

During the Show, TR&HC will hold its traditional auction of the annual Steeplechase original painting, this year by the famous local artist Joan McIntyre.  Her painting will become next year’s Races poster. Don’t miss the party nor the Races the next day!! 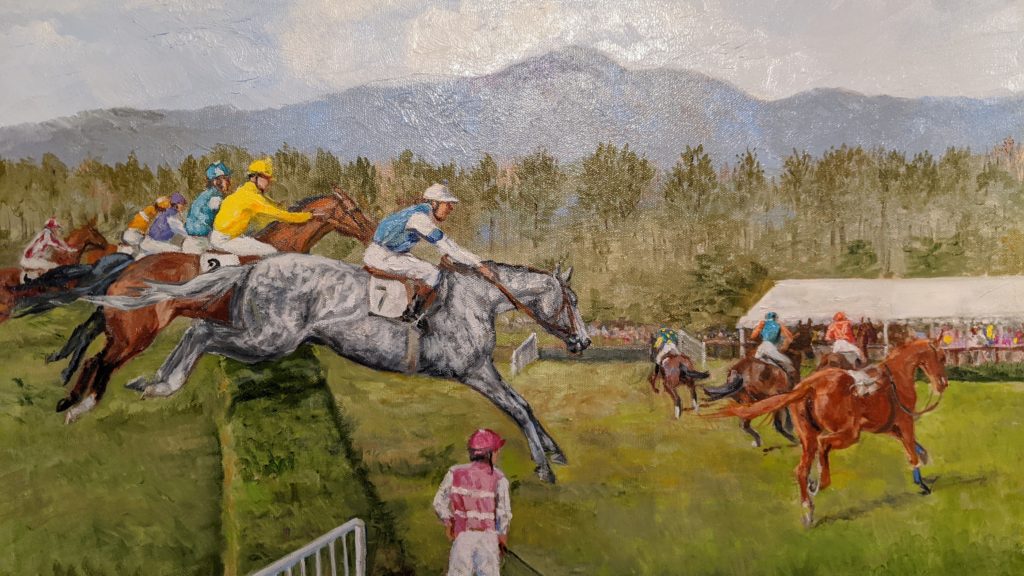 The Block House Steeplechase, now 74 years old, is one of the oldest horse races in the United States, attracting fans to an April Saturday of jump races, tailgate parties, “Go to Hell” pants contests, and stick-horse races for kids and adults.

Steeplechasing began in Ireland when some foxhunters dared each other to race to the nearest church steeple. Since then, “steeplechasing” as it came to be called, has become popular in Great Britain and the United States. Started by Carter P. Brown, the first steeplechase in western North Carolina—a single race with a tin cup as the prize for the winner—was held in 1946 at Harmon Field in Tryon.

Eventually Brown built a racecourse around what had been an old tavern called the Block House, which gives the steeplechase its name. The course went from North Carolina into South Carolina several times and included a daring ride up Heartbreak Hill. Officials used flags to let the jockeys know how many times they had been around the track.

Block House Steeplechase Past and Present

Click on the photos below to see full size images. 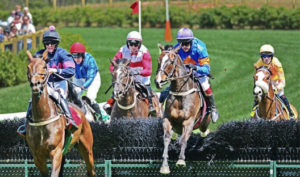 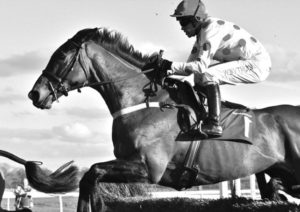 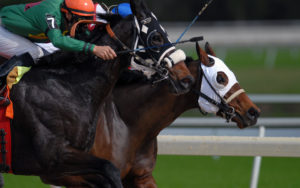 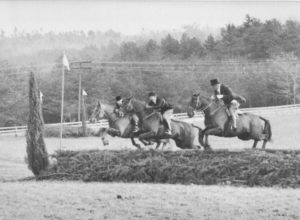 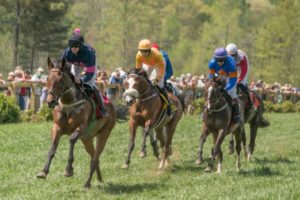 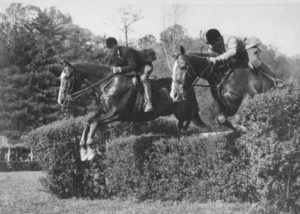 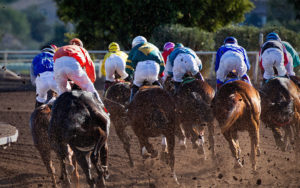 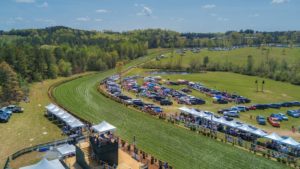 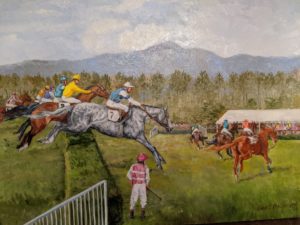 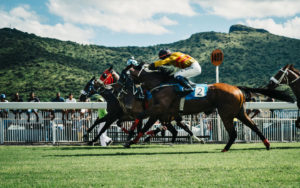